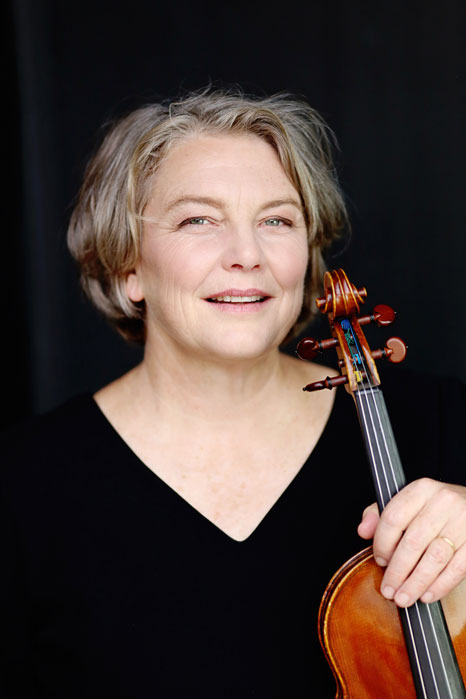 Marka Young is a dynamic performer noted for her warm, rich tone and evocative lyrical line. The New York Concert Review has written that Ms. Young plays “…with a broad, majestic interpretation and a full-bodied sound.” Ms. Young performs a wide variety of programs and is experienced as solo performer on modern, classical and baroque violin.

One of the rare few violinists with deep foundations in the performance complexities of both modern and period instrument disciplines – she has performed as a member of the Rebel Baroque Orchestra, playing live for NPR’s “Performance Today” and for a multi-year series of acclaimed performances broadcast on WQXR. She has recorded with Rebel on numerous works with the Trinity Wall Street Choir, including Handel’s Messiah and all of the Haydn Masses in an 8-CD box set.
She has performed as a soloist throughout the U.S. including Carnegie’s Weill Hall, the Bach Aria Festival, Blossom Festival, Connecticut Early Music Festival the Storm King New Music Festival, as well as with numerous colleges and universities and as an Artist in Residence at Banff.

A student of many different violin disciplines, she has studied modern violin performance closely with Dorothy Delay, Camilla Wicks and Joyce Robbins – while delving deeply into the baroque and classical intricacies with specialists Enrico Gatti, Jorge-Michael-Swartz and Nancy Wilson.